Located south of downtown, Chicago’s Chinatown is a fun neighborhood to explore. It is known for its many shops, restaurants, cafes, dim sum spots, tea houses and other cultural landmarks. Throughout the year there are also a number of celebrations, festivals and parades including Chinese New Year and the Autumn Moon Festival.

The first Chinese arrived in Chicago  in 1869 when the First Transcontinental Railroad was completed. The population of Chinese in Chicago more than doubled from 1890 to 1900, where they settled in the Old Chinatown. The move to the new Chinatown started around 1912 with many new structures and buildings built. One important building was the Moy Association Building from 1928.

The main part of the neighborhood is located along Wentworth Ave. and Cermak Rd.

The newest part is along Archer Ave and in Chinatown Square which opened in 1993, after  a group of Chinatown business leaders bought 32 acres on Archer Ave. from the Santa Railway, and built a two-level mall consisting of restaurants, shops and other offices. It was designed by the well-known architects Harry Weese & Associates.  Make sure to see the 12 Chinese zodiac statues in the outside plaza. I recommend exploring both areas.

For dim sum my top pick is Phoenix at 2131 S. Archer. It was recently remodeled and is popular with the Chinese community. You order off the menu during the week but pick your choices off the roving carts on the weekend. Dim sum is also not available for dinner. The staff is excellent as is the food. It has been my go-to spot for many years and I have shared the experience with many friends and family.

Recently opened is MingHin Cuisine at 2168 S. Archer in Chinatown Square. The dim sum is good and the design is warm and contemporary, making it one of the the nicest restaurants  in the area.

For bakery items, I like Chiu Quon at 2253 S. Wentworth. They have moved across the street to a more contemporary space. I love their walnut bean paste cake, egg custard tart and their cookies.

Another good bakery is Feida Bakery at 2228 S. Wentworth. Grab a pastry and a cup of tea and join the locals in the back room. You feel like you are in the middle of China!!

Chinese American Museum of Chicago: For the history of the Chinese in Chicago, you might enjoy this small museum that opened in 2005 at 238 W. 23rd. On two levels, it features historic furniture, teapots, jewelry, paintings and photographs. There are stories and displays about Chinese American cuisine, about Chinese railroad workers,  how the Chinese made their way across the US to settle in the the Midwest and the stories of the people of Chinatown.

Another landmark is the Pui Tak Center building, a Chinese church-based community center at 2216 S. Wentworth. The building was built for the On Leong Merchants Association and opened in 1928.

The Nine Dragon Wall is a  colorful reproduction of the 15th-century mural of the same name in Beijing. There are nine large dragons and over 500 other smaller dragons which are painted in the colors of good fortune: red, gold and blue. It is located near the CTA Cermak-Chinatown “L” Red Line  stop at 158 W. Cermak Rd.

After a friend suggested it, I just tried Cai Fine Dining and Banquet for dim sum at 2100 S. Archer in Chinatown Square. I enjoyed the food and the atmosphere. I always enjoy sharing the dumplings with friends, which allows me to try more dishes!

One of my recent finds is Dolo Restaurant and Bar at 2222 S. Archer. It received the award for one of the best new restaurants 2015 by Esquire Magazine. I loved the contemporary decor (despite too many televisions) and enjoyed very good dim sum with a friend. The dumplings were excellent as was the pumpkin congee.

To the north of Chinatown is the Ping Tom Memorial Park. Designed by Site Design Group over three phases and 14 years from 1999 to 2013, this is a 17.24-acre public park along the South Branch of the Chicago River with Chinese gardens, a traditional Chinese-style pavilion, lawns, paths and a boathouse for kayak rentals. There is also a fieldhouse with indoor pool. It was made out of an old railyard. I enjoyed the annual Dragon Boat Festival held every June.

In the summer there is a stop for the Chicago Water Taxi from downtown Chicago. This is a fun way to explore the area without having to have a car. 1700 S. Wentworth.

One of the recent additions to the neighborhood is the Chinatown Branch of the Chicago Public Library at 2100 S. Wentworth. Opened in 2015 it was designed by Skidmore, Owings and Merrill. It has received several architectural awards.

Just west of Chinatown and east of Pilsen, at 2105 South Jefferson St., is the recently opened 88 Marketplace. This a a large Asian grocery store and market featuring  including imported goods, fresh produce and live seafood along with a half-dozen other great eating options including of food stands and restaurants. 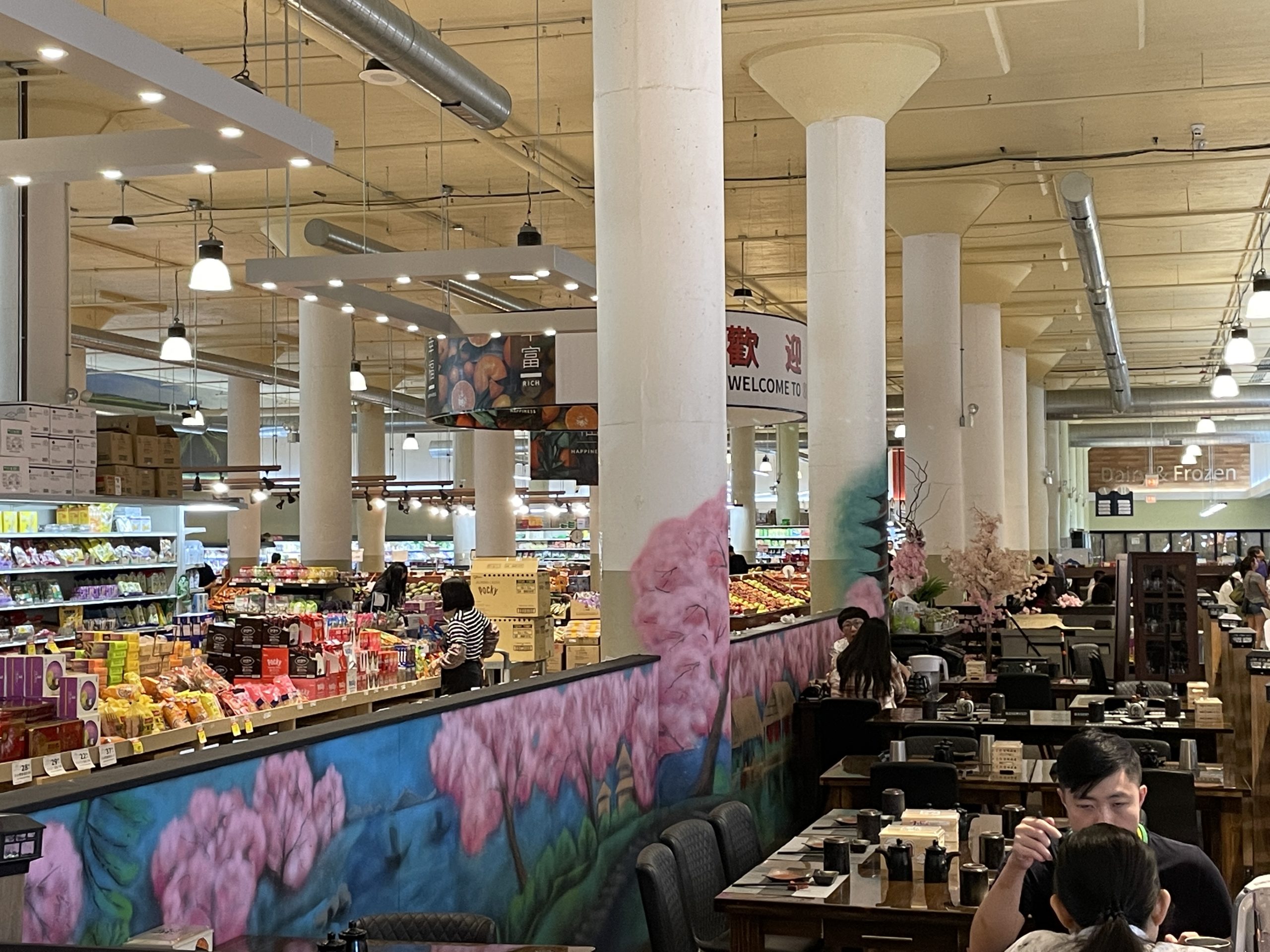