From great seafood, fruits and vegetables to boardwalk sweets and treats, New Jersey has some wonderful food traditions. I am just back from two weeks at my cottage on the beach in Manasquan, NJ.

I have been going to the Jersey Shore every year since I was nine months old. When I go, it always brings back vivid memories of my grandparents, parents and other friends and family. Food is and always will be a big part of these memories!

I love having crumb cake with its dark brown sugar topping that was a staple at our family breakfasts; eating bluefish, lobster rolls and scallops; enjoying large crab cakes, thick lobster bisque or the tomato based Manhattan clam chowder from my favorite fish market and of course eating chewy salt water taffy and a creamy frozen custard as a special treat.

My top recommendations that you must try include:

The proper name according to the manufacturer, Taylor Provisions of Trenton NJ, is John Taylor’s “Original Taylor Pork Roll” Dating from 1856, it was originally called “Taylor Ham” and although the name was changed in 1906 many of those in North Jersey still call it simply, “Taylor Ham.”  I always call it Pork Roll! It is a staple today in many homes and restaurants. Packaged in a cotton bag or case, the seasoned pork product is similar to a sausage in texture.

One of the favorite uses is for a breakfast sandwich where it is served on kaiser roll or bagel along with a fried egg and American cheese. You have to try it! I just had it again a week ago and enjoyed it as always and the memories that  it brought back from my childhood. I love the saltiness of the meat and the smell as it cooks, the sweetness of the cheese and the texture of the egg all together. 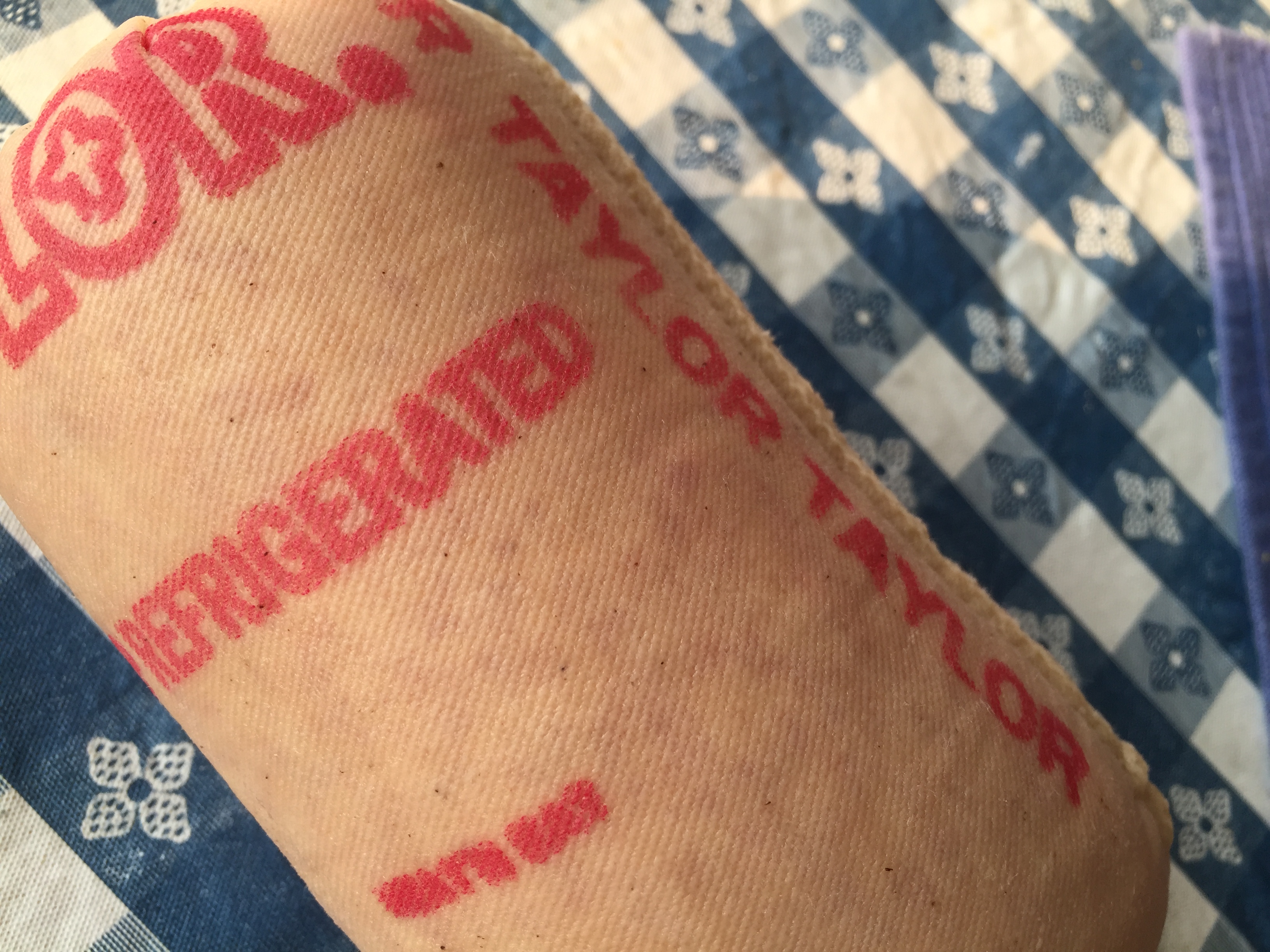 Bluefish:  This is a local fish found off the waters of NJ, that sometimes gets a bad rap. The meat is dark and a little stronger in taste than many fish, but when prepared properly, by baking, grilling  or broiling, it can be a wonderful dish. The fresher the better. I remember going deep sea fishing with my family as a child where we caught 81 large bluefish on the day trip!! I won’t comment  about getting seasick on the boat!! Not a great memory.

New Jersey is truly The Garden State. In the summer make sure to stop at a local farm stand to buy their famous blueberries, the official state fruit. Starting about 1911, this popular fruit was domesticated and became an important crop for the state. Don’t miss trying the fresh corn, tomatoes, apples and peaches.

Fralinger’s Salt Water Taffy:  The first salt water taffy was attributed to the boardwalk in Atlantic City. Supposedly the name came when during a storm a candy shop’s taffy was drenched in salt water after the waves came into the store. Joseph Fralinger was asked to run the taffy stand at the Applegate Pier in Atlantic City in 1884. He agreed and made delicious taffy. Today it is still made by the James Candy Company under the Fralinger brand. They also make macaroons and fudge. I love going into the store and picking out my favorite flavors from chocolate and mint to peach and banana!

Ice Cream and Frozen Custard is a big tradition on the shore. Day’s Ice Cream has been a fixture in Ocean Grove since 1876. I remember going with my Mother, her Aunt and my Brother when I was a child. I now try to go every time I am in town. Don’t miss the peach flavor! I always get it and remember that it was my Father’s favorite flavor in the summer as well.

The Kohr Brothers started selling their frozen desserts in Coney Island in 1919 which they called frozen custard. The descendants of the three brothers started three separate companies which still operate today. Kohr’s The Original operates in Seaside Heights, Kohr’s Frozen Custard Inc. operates in Point Pleasant Beach, while the third, The Original Kohr Bros. operates in Cape May, Wildwood and Ocean City. I have been to all three operations!!

I hope you go and start creating some great food memories of your own!