Highly recommended is that you make the trek to Plano, a southwest suburb of Chicago, to see Mies van der Rohe’s famous Edith Farnsworth House. It is perfect for visitors to the area as well as for locals wanting to stay close to home. The house is a National Historic Landmark, and is currently held as a Historic Site by the National Trust for Historic Preservation.

The house was constructed between 1950 and 1951 for Dr. Edith B. Farnsworth.  Mies van der Rohe came to Chicago in 1938 having accepted a position as head of the architecture department at the Armour Institute of Technology, soon to be renamed the Illinois Institute of Technology. In 1945, Dr. Farnsworth wanted a retreat to escape the city and bought 9 acres in Plano from the McCormick family that was once alfalfa fields. She met Mies at a dinner party and asked him to design her “weekend cottage”. He agreed!

Mies designed it to be seen from all  four sides, 78 ft. from the Fox River and 5ft 3 inches. above ground. He located it in a beautiful grove of maple trees. He suggested that the views of nature from the house through the glass was a way to gain more significance than viewing it from the outside. Architectural Daily called it “a temple of domestic design.”.

After Farnsworth, Lord Peter Palumbo purchased the home in 1972. He  hired the firm of Mies van der Rohe’s grandson, Dirk Lohan, to restore the house to its original 1951 appearance and bring in mid-century furniture. A boat dock, pool and 18 acre sculpture garden were added in 1992. 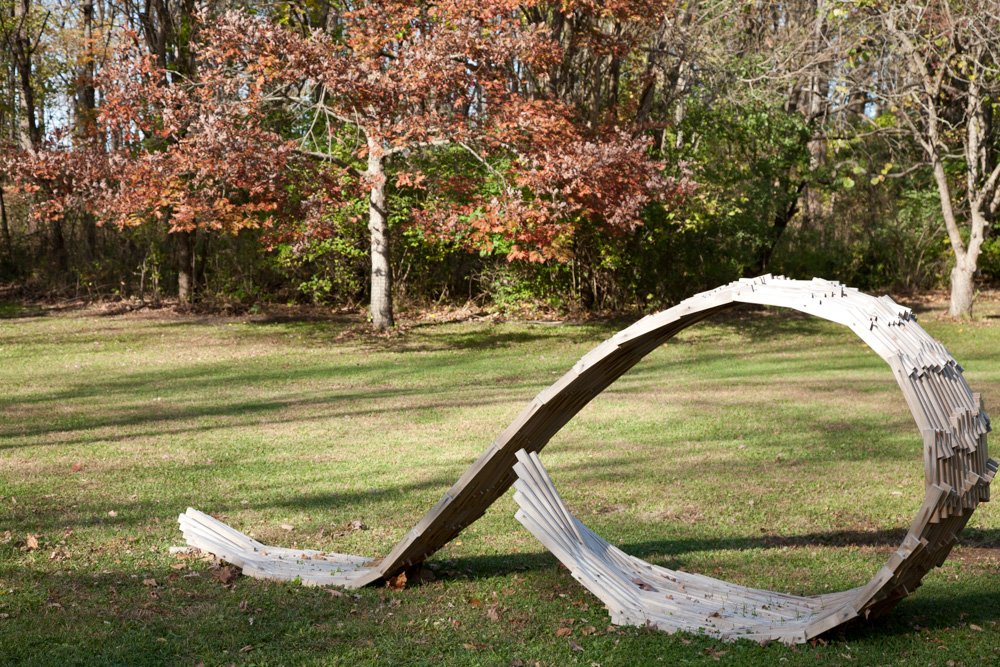 “Finally, in 2003, he decided to sell the property at auction and through the generosity of several contributing donors led by the late John H. Bryan, the Friends of the Farnsworth House were able to purchase the property for the National Trust, with a preservation and conservation easement held by Landmarks Illinois. The site opened for public tours in 2004.”

The house is truly spectacular! Make an appointment for the guided tour online before you go! You can spend a little more for an interior photography permit which allows you to stay in 10 minutes longer to shoot pictures of the beautiful contemporary interior and furnishings. The Fall is the time to go when the changing leaves are spectacular as seen from the house.

Just be aware that  though it was built to resist floods, there have been several floods throughout the years. The most recent was in mid-May 2020 due to record rainfall in the area. Repairs to the lower terrace were required and recently completed

The place I visited for lunch in Plano, has closed, but there are several dining options on Main St. in downtown. Ivana’s Cafe at 12 W. Main looks like a fun, casual spot.