I recently drove out to Rockford from Chicago to spend a Sunday in the state’s fifth largest city. It is around 85 miles from downtown Chicago to downtown Rockford. Settled in the mid-1830s, the position of the city on the Rock River made its location strategic for industrial development. It had a thriving economy until the second half of the 20th century, when it struggled along with other rust belt cities. It has made a big comeback since the late 1990s including a major downtown revitalization. I feel it was well-worth the trip, as I found some great spots to explore.

Anderson Japanese Gardens: Based on an appreciation of Japanese culture and aesthetics, Rockford businessman John Anderson constructed a Japanese garden in his backyard along Spring Creek. After a visit to the famous Portland Japanese Garden in Oregon in 1978, he reached out to designer Hoichi Kurisu, a former director of the garden. He created the garden based on the planning and vision of Mr. Kurisu. In 1998 the Andersons donated the garden to the Rockford Rotary Charitable Association.

Today you can visit the beautiful 12-acre garden containing Japanese maples, irises, winding paths, a koi pond, wooden bridges, sculptures, statues, decorative gates and a tea hut. I loved the 50 ft. west waterfall and the beautiful flowering trees in the spring from redbuds and crab trees. I recommend going in the spring or fall when you can see spring flowers or beautiful fall colors. They also feature special events, lectures, art classes, yoga, meditation, pilates classes and more.

After my walk, I enjoyed brunch on the terrace at their restaurant Fresco at the Garden located in the Visitor Center. 318 Spring Creek Road.

Kenneth and Phyllis Laurent House: The Laurent House is a Frank Lloyd Wright-designed Usonian house located in a residential area west of downtown. It was the only house that Wright designed for a physically disabled client. Wright completed the design in 1949 and constructed from 1951 t0 1952. It was later expanded in 1960 after the couple adopted two children. On August 28, 2012, it was recognized by the National Park Service with a listing on the National Register of Historic Places. The house was opened for tours in 2014. I suggest booking your tour online before you go. I was very impressed with the tour which lasted over an hour. We were able to see all the rooms and furnishings.

The original color scheme was orange, green, and Cherokee-red. All furniture, except two chairs and the piano and its bench, were designed by Wright or his apprentices. Because the Laurents lived in the house until 2012, the furnishings are all original. The 2,600 sq. ft. home is on one level due to Kenneth Laurent using a wheelchair and contains details to make it accessible to him and easy to maneuver.

It is located at 4646 Spring Brook Rd. There is a new visitor center, with parking, across the street at 4627. You check in for your tour at this location.

If you prefer, there is a Docent-led joint tour of both the Anderson Japanese Gardens and the Laurent House from May through October.

I was not aware until after my trip that there is also the Pettit Memorial Chapel or simply, Pettit Chapel, which is one of the few chapels designed by Frank Lloyd Wright. It is located in the Belvidere Cemetery in nearby Belvidere. It was listed in the U.S. National Register of Historic Places on December 1, 1978. 110 N. Main St., Belvidere, IL.

Rockford’s riverwalk features its museum campus, which has an art museum, orchestra, and Discovery Center Museum. There is even a 236-foot, cable-stayed bridge for pedestrians to walk over.

Rockford Art Museum: I felt this local museum was well-worth the visit. “Now comprised of more than 2,000 works of art, the RAM Permanent Collection consists of modern and contemporary American art from the 19th and 20th centuries through today, from American Impressionist paintings to Chicago Imagist works to outsider art in new and mixed media; sculpture; photography; and contemporary glass. Regional art with an emphasis on Illinois artists remains a steadfast focus.” I particularly enjoyed an exhibition of photographs by Mexican photographer Manuel Carillo. They feature a number of exhibitions throughout the year. 711 N. Main St.

In the same complex is the Burpee Museum of Natural History, home to the world’s most complete juvenile Tyrannosaurus rex, Jane, as well as a triceratops, Homer. The Discovery Center Museum, a children’s museum featuring over 250 hands-on exhibits including a planetarium, is on the 12 Best Children’s Museums In The U.S. list by Forbes. The Burpee Museum and the Discovery Center Museum along with RAM and the bases for Northern Public Radio, the Rockford Dance Company, and the Rockford Symphony Orchestra compose the downtown Riverfront Museum Park complex.

Coronado Theatre: Opened in 1927, at 314 N. Main St., this local theater is a civic and entertainment center that was named one of 150 Great Places in Illinois by the American Institute of Architects. The theatre is known for its blend of Art Deco with Spanish Baroque Revival and has hosted numerous performers over its lifetime. The Marx Brothers, Tommy Dorsey, Frank Sinatra, Louis Armstrong, George Gershwin, Bob Hope, Sammy Davis, Jr., and Gypsy Rose Lee have performed on the Coronado stage. Since 2001, after a major remodel, it has been open for theater and music events.

While you’re in town, get some coffee at Rockford Roasting and beer at Prairie Street Brewing Co., on the banks of the Rock River.

Rockford Roasting Company: I enjoyed stopping in for a caffeine fix at this local coffee house. Their Roasting Facility + Brew Bar opened downtown at 206 N. Main St. in 2014.

Prairie Street Brewing Co.: Located at 200 Prairie St., this local brewery was started in 2013. Its 200 Prairie St. location is in the original location of the Rockford Brewing Co., the oldest brewery in the state. In 1849, an English beer enthusiast named Jonathan Peacock settled on the banks of the Rock River and started to brew his own beer using European methods and locally sourced ingredients. The current owners called it Rockford Brewing Co., but changed the name in 2016.

They make a number of year round and seasonal beers from lagers and ales to wheat, IPAs and Kolschs. They have a large Brewhouse where you can sample their brews and enjoy a food menu of burgers, sandwiches, salads and more. They also have a large Dockside Taproom where you can enjoy great views of the Rock River.

Carlyle Brewing: At 215 E. State, this is a small brewpub featuring craft beers and pub fare like bratwurst, hot pretzels, pizza and sandwiches.

Also downtown is Wired Cafe for coffee, sandwiches and salads at 414 E. State. 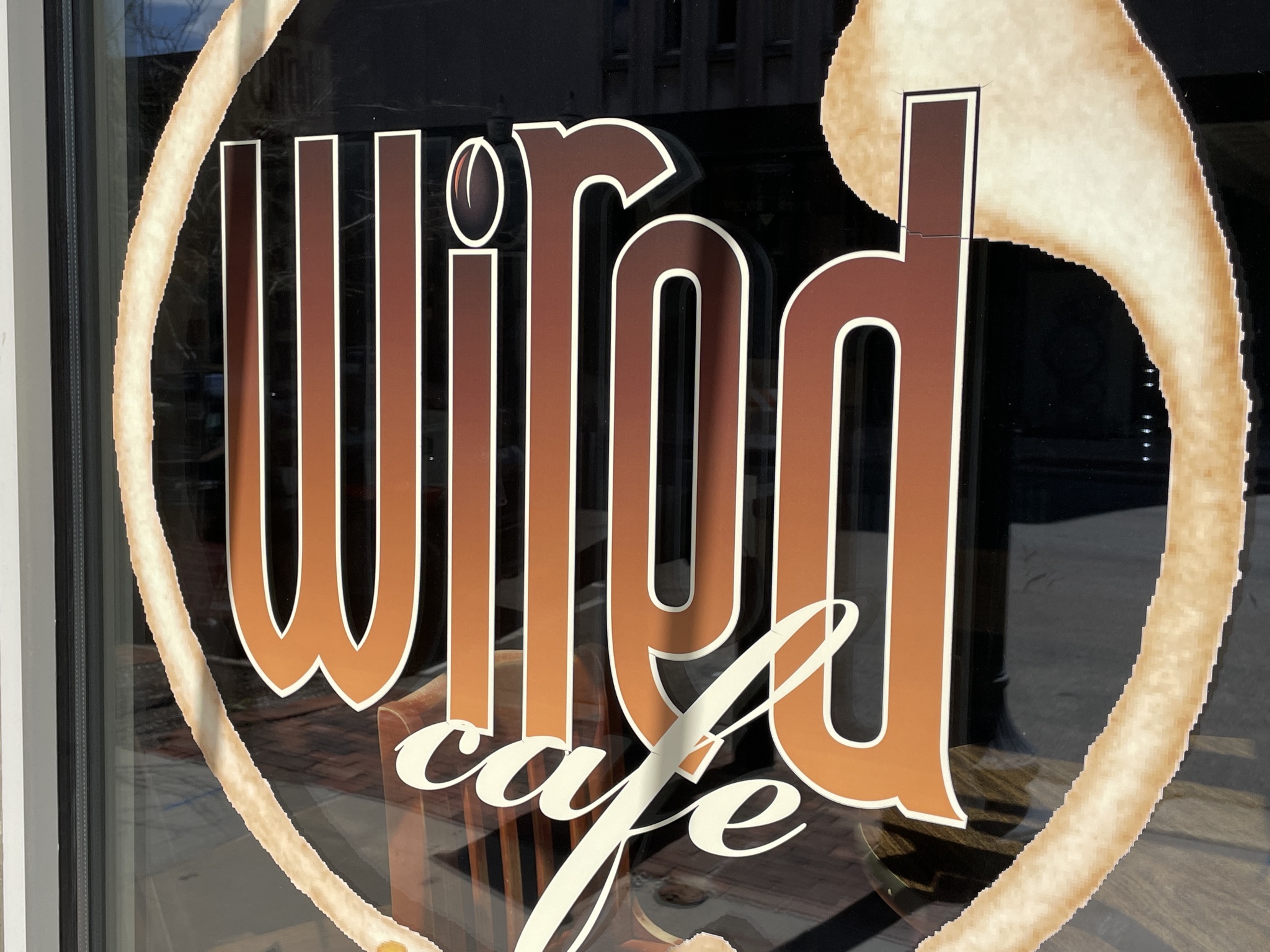 Wired CafeMidway Village: If you have time, make sure to visit this 13-acre Victorian village which includes the Museum Center and gardens. It gives a glimpse of a rural Rockford community between 1890–1910 that includes a number 26 historic  homes and buildings. The museum depicts the history of immigration to Rockford and how the community developed through the perseverance of immigrants from many countries and cultures. 6799 Guilford Rd.

Other restaurants that are recommended include:

Owned by the same group as Fresco at the Gardens is Franchesco’s Ristorante for Italian specialties and Benny’s, their separate bar and lounge, at 7128 Spring Creek Rd.